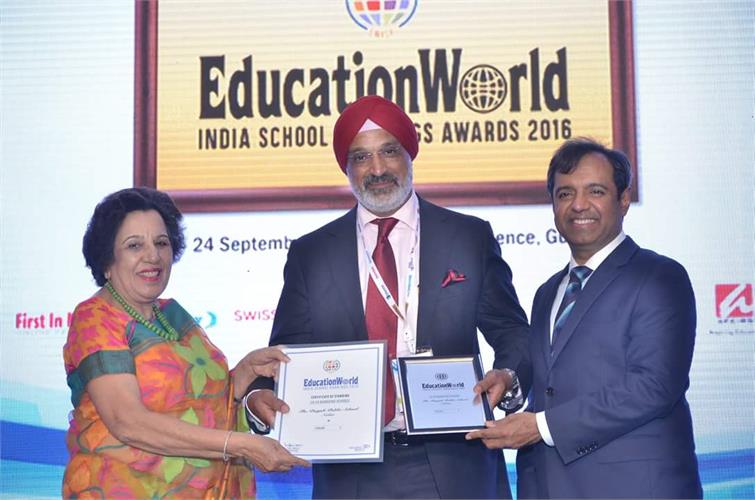 The Punjab Public School, Nabha was inthe spotlight when it was ranked 13th in the Co-ed Boarding SchoolsRankings released by Education World magazine onSeptember 23, 2016. The school was rated best among the co-ed boarding schoolsin the state of Punjab. In sports education, PPS was ranked 7th. Wewere ranked 9th in co-curricular education. It is a massive jumpcompared to last year when the school was ranked 16th in Co-edBoarding School National League Table and 10th in sportseducation.  Education World Award with certificate was presented to Dr JagpreetSingh at The Leela Ambience, New Delhi on September 23, 2016.