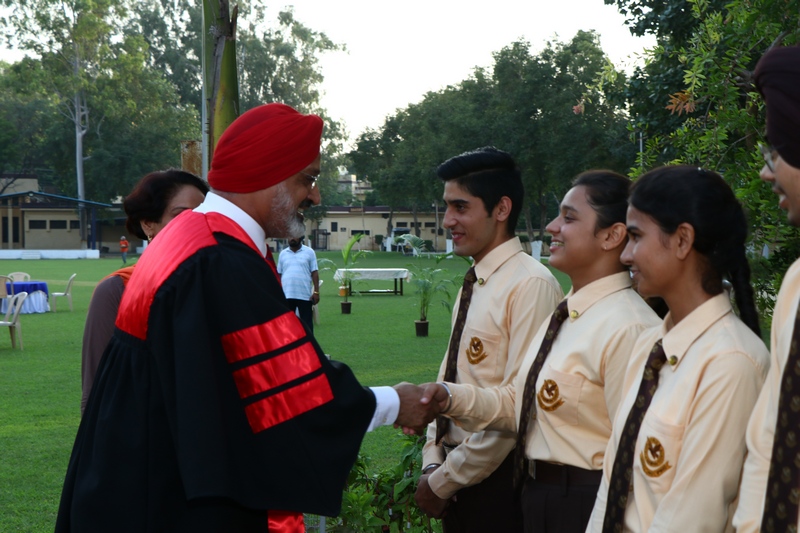 Oath Taking Ceremony was held today in the School Auditorium. Students of Class 12 were inducted the highest office of responsibility as School Appointments. In a special assembly conducted by the Headmaster, students read out citations of the new Student Prefectorial Body highlighting their achievements during the stay at PPS. Headmaster administered the oath and pinned the badges to the freshly appointed leaders. In his address, Dr Jagpreet Singh congratulated the new team and encouraged them to face the new beginning with utmost sincerity and challenge. He also gave a strong message of earning respect with all the hard work rather than being cheaply popular with the masses. He thanked the parents for attending the ceremony in a large number. The evening came to an end with the Headmaster’s Dinner.