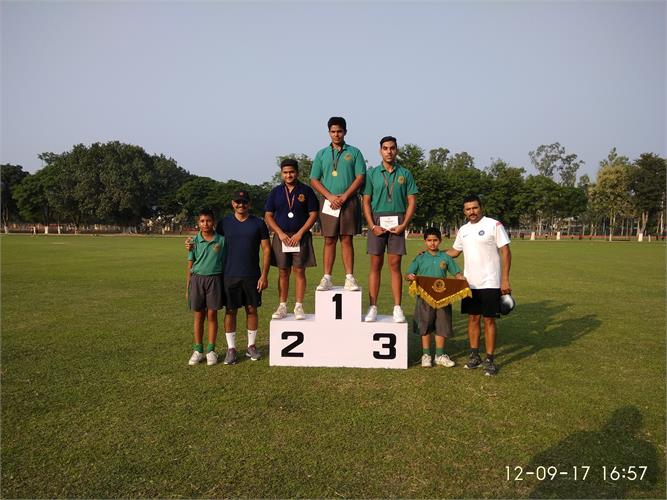 58th Inter House Athletic Meet was held in the Main Fields at Punjab Public School, Nabha. Brig Pritpal Singh, Station Commander, Nabha was the Chief Guest for Closing Ceremony. Led by the ceremonial horses to the venue, he was introduced to the School Appointments. The ceremony started with March Past led by the School Athletics Captain, Jaswant Singh. Relay and other races were some of the events for the final day. Lemon and Spoon Races and Sack Races were organised for guest children. Parents enthusiastically participated in large numbers in 100 m and 50 m races exclusively organised for them. Chief guest gave away the prizes to the winners. Headmaster presented a token of deeply felt love and gratitude to the Chief Guest. In his brief speech he congratulated the winners and complimented the entire PPS fraternity for putting up an athletic event of par excellence. He encouraged more students to participate as sports inculcate discipline and teach one how to win with pride and accept defeat with grace. Headmaster, Dr Jagpreet Singh proposed vote of thanks and thanked parents for attending the event.
Congratulations to the winners !