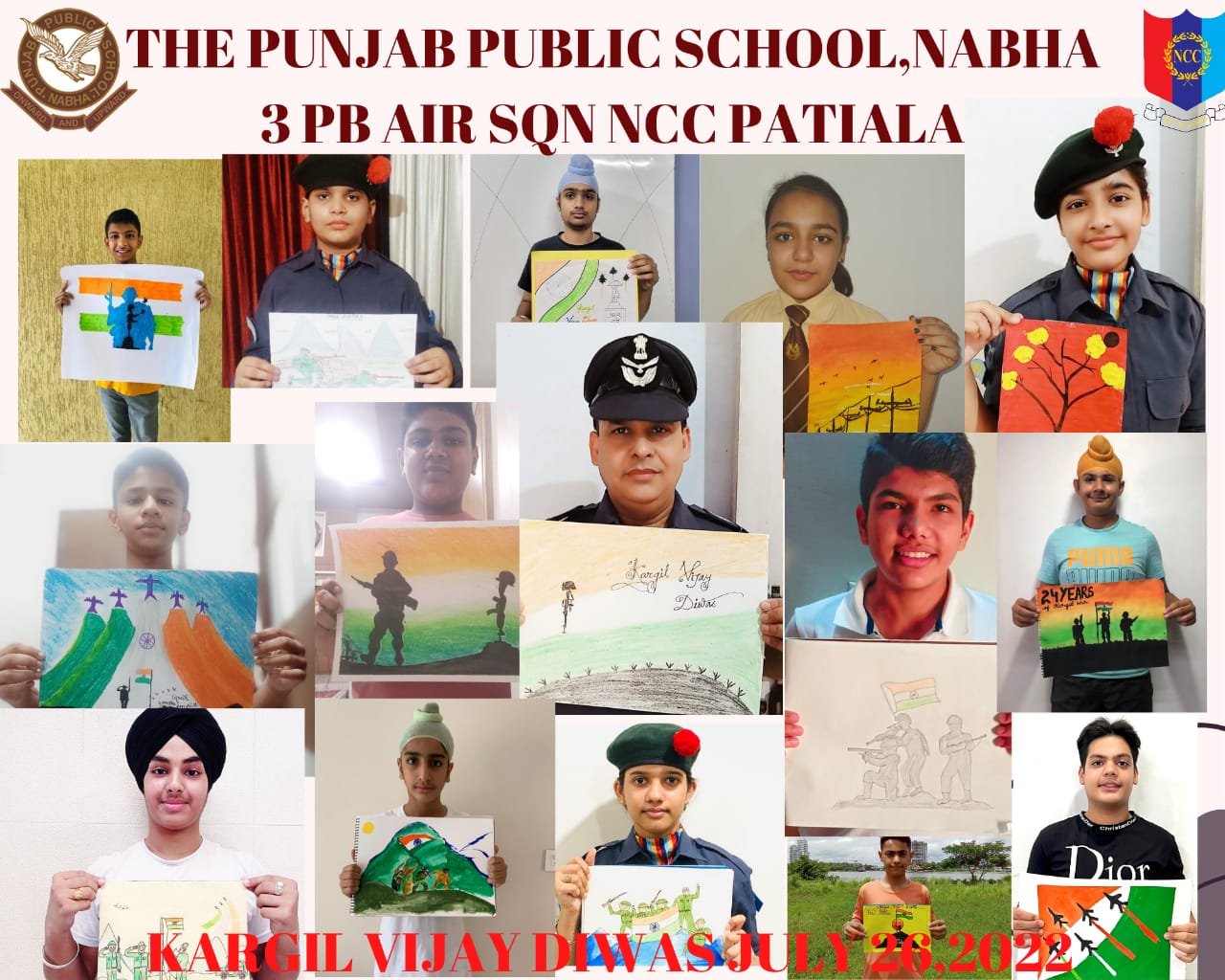 The NCC (Air Wing) cadets of The Punjab Public School celebrated Kargil Vijay Diwas on July 26, 2022 as per the direction of Gp Hq NCC Patiala and 3 Punjab Air Sqn NCC Patiala. It is an important day in the history of independent India. The Operation Vijay culminated in the decisive victory for the Indian army on July 26, 1999 in regaining control of the high outposts lost to Pakistan and re-establishing status quo ante. 527 soldiers laid down their lives and more than 1300 were wounded. The Indian Air Force worked shoulder to shoulder with the Indian Army and codenamed the operation as “Safed Sagar”. The cadets paid glowing tributes to the martyrs and took a pledge to serve the nation. On this occasion, an online class was conducted in which the cadets drew paintings on Kargil Diwas. The exercise was undertaken under the supervision of NCC (Air Wing) Incharge Chief Officer Shahid Ahmed. Headmaster Dr DC Sharma complimented the students for their efforts. 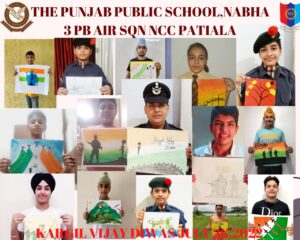